KEEPING YOUR HISTORIC HOME COOL IN SUMMER is an essential part of living comfortably today. But, how was it done in the past, and what can we do now? We’ve outlined the history and applicable steps for you.

Older buildings (primarily those built prior to the mid-twentieth century) were built to be energy efficient and are the quintessence of passive cooling. Fuel was not easy to obtain or manage and it was not cheap. Many people today are surprised to learn that the biggest energy usage has been attributed to buildings built between the 1950’s-1970’s, according to GSA. Below are several features and methods used in the past that you can still successfully use today:

Homes built between the 1950’s-1970’s have been proven to use more energy than buildings before that time.

Cross Ventilation. Cross ventilation was frequently used. Cross ventilation refers to a passive way of supplying air to, and removing air from, an interior as a result of pressure differences from natural forces. This requires one opening for air to come in, and another for air to go out. Windows – particularly double -hung – are one way of accessing these natural forces. Open a lower window on the cooler side of the home, and an upper window on the warmer side of the home to be most effective. Tall, single-hung windows are also appropriate for allowing more air into the home. Opening as many windows (and doors and hallways) as possible will multiply the benefits. Other features that aid this natural cooling process include door and window transoms, undercut doors, window and door screens, louvered shutters, and shotgun and dogtrot/center hall-style architecture (both of which have windows or hallways front to back or side-to-side to allow for natural airflow).

The image above is of the John Looney House, a classic dogtrot-style home, attributed to photographer Chris (last name not listed), as found on the Wikipedia page on Natural Ventilation.

Thermal Mass. Thermal mass – a building materials’ ability to store heat – can also play a significant role in passive cooling. A house with thick (especially stone-based) walls can act as a conduit for passive cooling via thermal mass, if nighttime temperature is cool enough. Ideally, the building/wall material will cool overnight, allowing for cooler daytime temperatures because it will only slowly warm over the course of the day (and release that warmth at night).

The image above of a stone mason is by flickr user diamondmountain, as found on the Wikipedia page on Masonry. 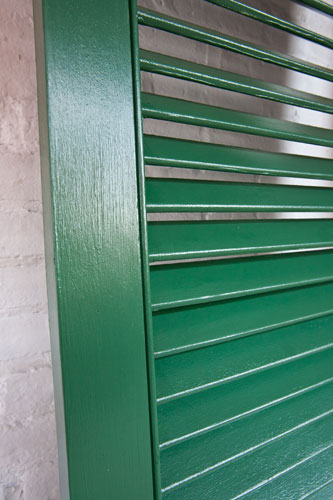 Shutters. Louvered shutters (those that are constructed with overlapping uniform slats of wood set into a frame) allowed air circulation and privacy. They allow for air flow while blocking direct sunlight and heat.

The image above is of a louvered shutter we built for the Hampton National Historic Site. 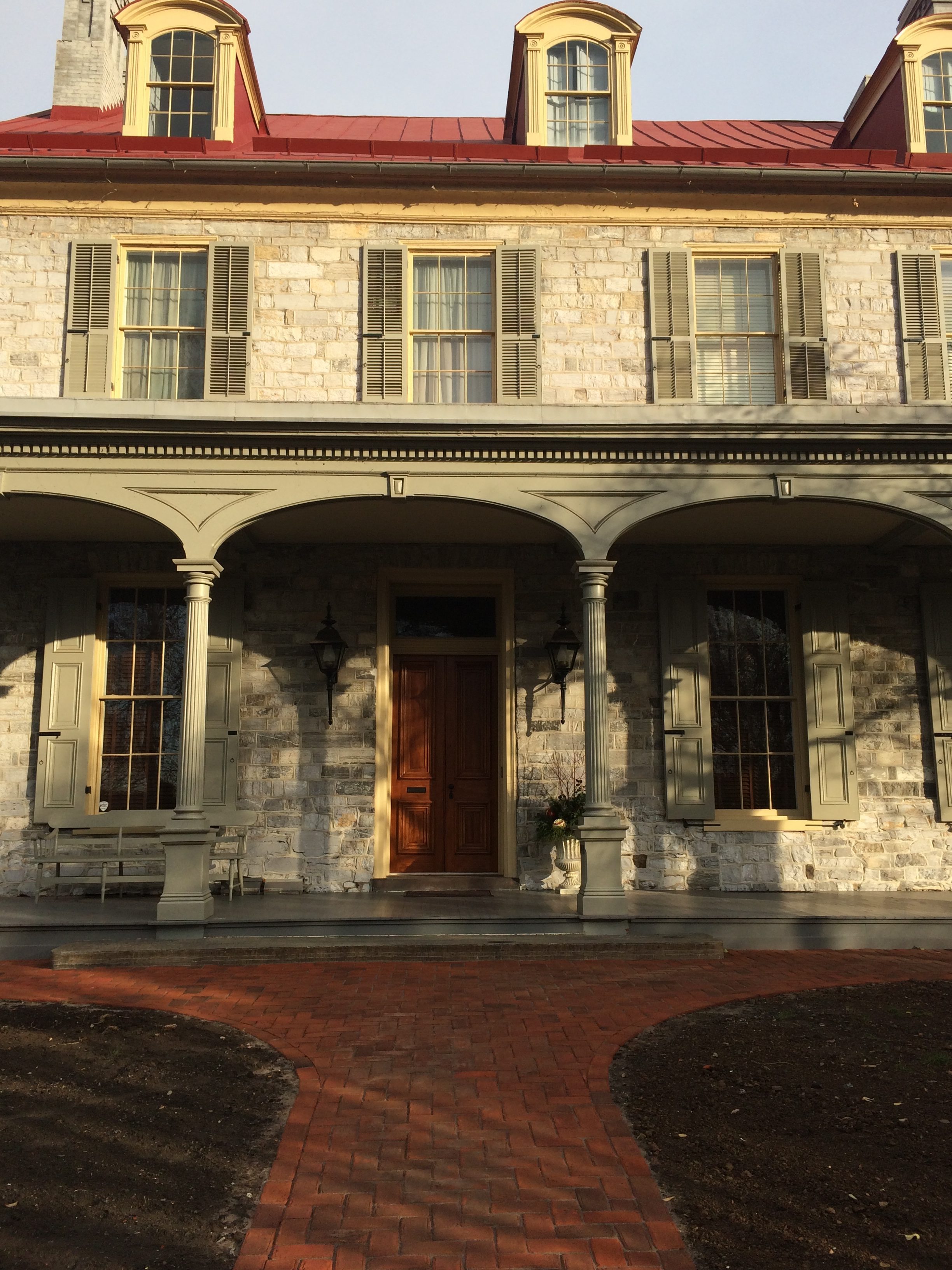 Porches and Awnings. Porches and awnings both act as blocks from solar radiation, resulting in cooler internal temperature. “Sleeping” porches to sleep outside during warmer summer months (popular in the late Victorian and Edwardian periods) were another way to enjoy a cooler experience.

The image above is of the porch at the historic Harris-Cameron Mansion following Keperling Preservation Service’s porch restoration.

Shade Landscaping. Shade trees are an obvious aid for a cooler home. Shrubs, bushes, and groundcover are also beneficial; they can provide shade as well as absorb heat radiation and cool the air prior to it reaching your home (unlike a paved yard-space which is more likely to reflect heat). These plants can also shade existing pavement to decrease heat.

The image above is by Arno Senoner on Unsplash.

Other Methods. Homeowners of the past also employed other practical ways to cool their homes. According to an article from New Orleans Architecture Tours, homeowners modified interior design and decoration by exchanging heavier draperies for light linens and lace (which could double as window screens). Thick rugs could be replaced with grass mats. Furniture was covered by linen or cotton. They also adjusted food preparation and meal location; preparing foods with minimal cooking to avoid heating the home unnecessarily, and having more picnic meals outdoors.

Image of the painting “Ready for the Ball” by artist Sophie Anderson, from the Wikipedia entry on Hand fan.

How to Cool Your Historic Home Today

There may be no need to reinvent the wheel. If you are lucky enough to own a historic home, particularly one whose old features are intact, a practical preservation method would be to use one or all of the time-tested passive cooling methods noted above. This will not only honor your home’s heritage and historic fabric, it will also save you money over the long-term, and benefit the environment. However, we acknowledge that practically-speaking, sometimes passive cooling alone is not sufficient. Below are several modern options that can effectively cool your home and simultaneously have minimal impact on the integrity of your home’s historic fabric:

Time-tested passive cooling methods can save modern homeowners money and be energy efficient.

Window and Portable Units. These are a classic, generally economical option, though there are cautions for historical homes. Window units may not easily fit into old windows due to size differences and inconsistency in some older windows. They also put significant pressure on sills and walls due to their weight. The water drips often created by the cooling system can also cause damage to the window and surrounding walls. Portable units can also sometimes leak, causing damage to historic floors.

Targeted Cooling. Mini-split systems are a ductless, targeted form of heating and cooling. The indoor unit is mounted to the ceiling or wall and the cooled refrigerant is pumped in via refrigerant lines that run to the outdoor unit. These may be ideal for difficult-to-cool areas of the home, particularly additions or enclosed rooms that do not have ductowork. However, beware that they require drilling through the wall of your home for installation; once this is done, it is hard to undo. Further, these are not low profile, so visually, they disrupt the flow of a historic interior and exterior.

High-Velocity Cooling. SpacePak and the UNICO system are high-velocity/low impact systems. They work similarly to central air, but are about 1/10 the size of a traditional central air system. Both require ducts, but they are small and the vents are minimally-intrusive. They are generally installed in attics/upper floors to allow cooler air to drop down. These are less disruptive, more visually-seamless options than the aforementioned cooling systems so they are better at maintaining the integrity of a home’s historic fabric, and frequently recommended by preservation contractors. Listen to our podcast with UNICO here.

There are several passive and active options for cooling your historic home. Arm yourself with knowledge before you decide what options are best for your home and your budget.