Is there anything more iconic to early American life than wagons? 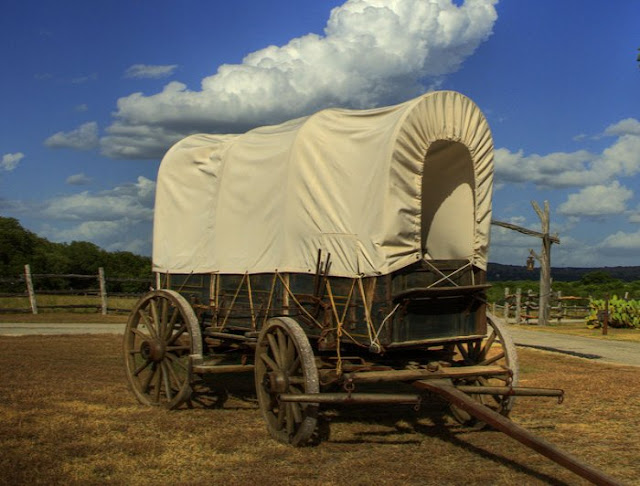 Perhaps.  And it just might be the Gruber Wagon Works in Bern Township, Berks County.
Most of us are aware of just how important wagons and wheels were to early American life.  Wagons carried travelers and cargo up and down the East Coast on a network of dirt roads…. They were loaded with kids and kettles rolled over wide open spaces on the road to the wild West….  They were loaded with people to be carted around towns in the early form of modern buses….  Carts toted plants and produce around farms and supplies and weaponry around battlefields…. Really, there wasn’t much end to the uses of wagons and wheels – you can read more about the importance of wagons here and here if you are still unconvinced.
But before you could use a cart or a wagon, it had to be made….and made with a sturdy set of wheels. Which is where Gruber Wagon Works comes in – built in the 1800’s it is one of our nation’s oldest surviving examples of rural manufacturing.  It now stands as an iconic representation of the roots of manufacturing in our country.
And it’s right here in our back yard.  Here’s a round up of resources where you can learn more about this “hidden gem” of history and hopefully you’ll go take a gander at this preservation jewel.

“My wife and I and several friends visited the Gruber Wagon Works museum on Sunday.Russ, who is one of their tour guides, spent 3.5 hours with us going thru the building.  He conducted a wonderful tour and went into great detail about the Grubers and their trade.  A normal tour doesn’t go that long but it was a slow day and he could spend the time with us.” 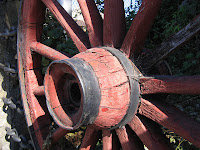 “Gruber Wagon Works Restored” article in the Reading Eagle
“The Gruber Wagon Works is as good as old.  A recently completed $1.1 million project restored the building as close as possible to its original 1882 condition and added a pole barn to display the wagon collection belonging to the Berks County Parks and Recreation Department. The wagon works – a National Historic Landmark – is one of the attractions at the Berks County Heritage Center off Route 183 in Bern Township. It was moved there in 1977 by the Army Corps of Engineers from its original location up the road in Mount Pleasant.” 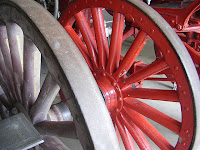 “Moving the Gruber Wagon Works”
This 40-minute video focuses on the revolutionary approach used to move the Gruber Wagon Works from its original location when Blue Marsh Lake was built.  Believe it or not, this was the first design-built contract that was ever awarded by the Army Corps of Engineer in a ground-breaking new approach that split apart the design and construction processes of the project.

“Wagon Making in the United States During the Late-19th Through Mid-20th Centuries: A Study of the Gruber Wagon Works” by Paul A. Kube, Clayton E. Ray, Cathy L. Wegener
This book includes photos, a chapter on wgon making in general, and production records of the Gruber Wagon Works.  Collectors of tools and farm implements, as well as those interested in Americana will find an interest in the descriptions of tools and how they were used by the craftsmen of the period.