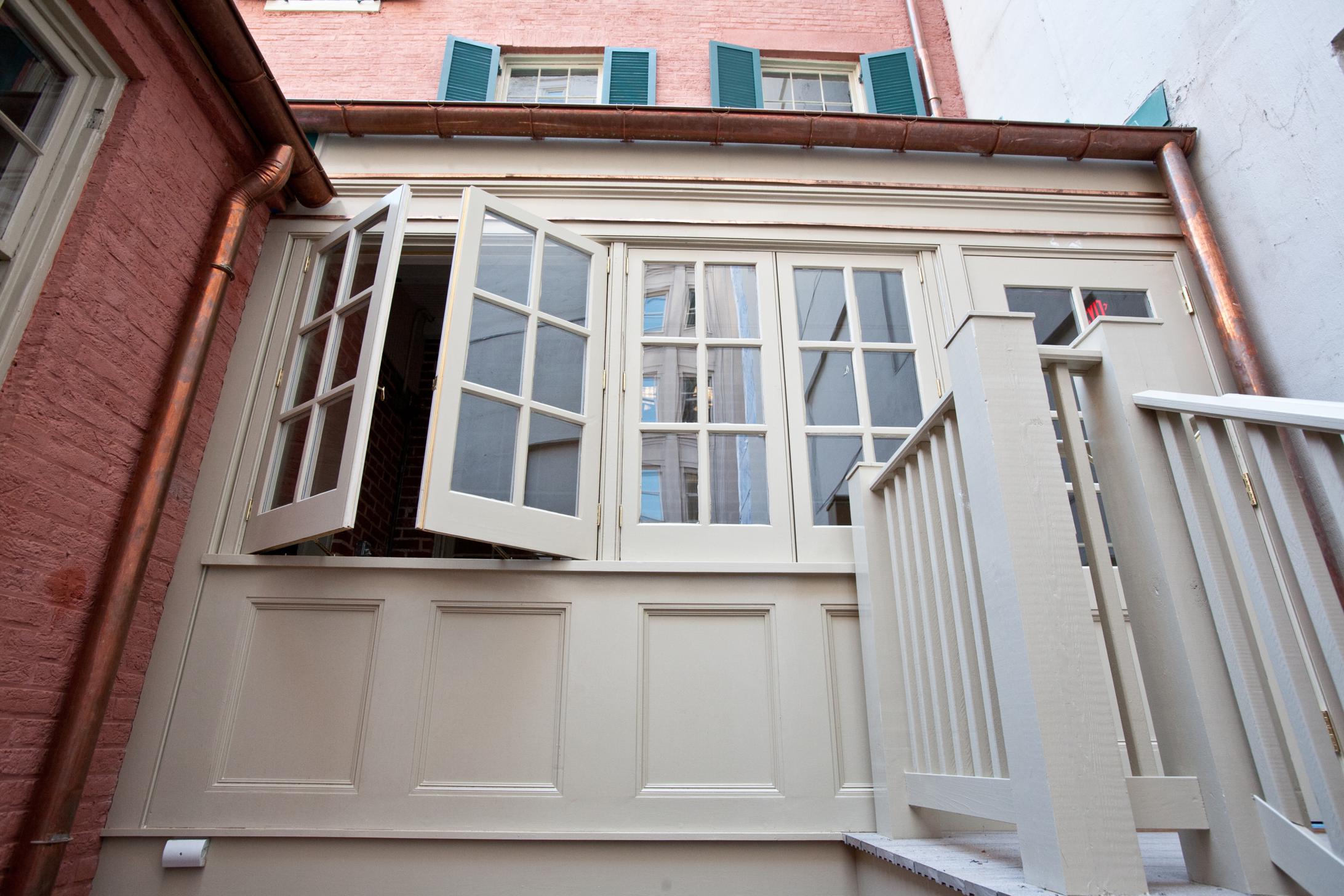 Built in 1849 by a German tailor, this plain red brick, three-story (and basement), Federal Style townhouse is unassuming and easily overlooked.  Located across the street from Ford’s Theater in Washington, D.C., the Peterson House would fatefully be propelled into iconic status when President Abraham Lincoln was rushed inside after being shot by John Wilkes-Booth at the Theater.

President Lincoln died there the next day, and the Peterson House would stand testament to the National tragedy for 150+ years.

Our work at the Peterson House was featured in the following article by Lancaster Newspapers:

People know of Ford’s Theatre, where on April 14, 1865, John Wilkes Booth shot Abraham Lincoln.  Fewer people know of the Peterson House, where the stricken president was carried and treated, and where he died the next day.

Now, a team of Lancaster County woodworkers is toiling to restore the federal-style row-house in Washington, D.C., which has fallen into decline.

“The National Park Service…wants to save it from falling apart,” Chuck Groshong, co-owner of Historic Restorations at 341 E. Liberty St., said.  ”There had been some repairs down over the years that were shortsighted.  There were a lot of ‘Band-Aid’ solutions.  Now they have a plan.”

The Peterson House, built in 1849 by a German tailor, is owned by the federal Department of the Interior and is maintained as part of the….  To read the full article, click on the picture.

*All photos are by PhotOle Photography