INTRODUCTION
Preservation Pennsylvania established the annual Pennsylvania At Risk list in 1992, making us the first statewide preservation organization in the United States to have an annual roster of endangered historic properties. Since 1992, we have listed and worked to preserve more than 200 endangered historic resources, including individual buildings, historic districts and thematic resources statewide. For 2012, as we celebrate the 30th anniversary of our organization, we are presenting a 20-year retrospective edition of Pennsylvania At Risk. In this issue, we revisit some of the amazing historic places across the Commonwealth, some of which have been rescued from extinction through preservation and rehabilitation efforts, and others that still need our help. 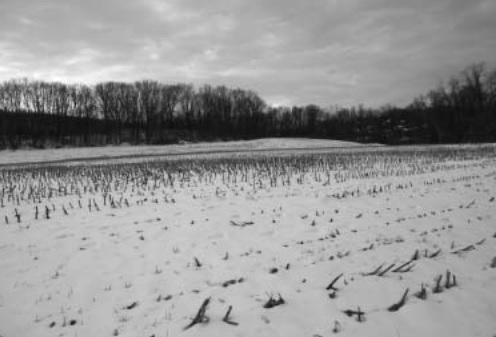 The Status of Compliance Archaeology Many state and federal agencies have a strong track record of considering the potential effects of the projects they fund or permit on significant archaeological resources. This is particularly true for transportation agencies including the Federal Highway Administration, the Federal Aviation Administration, the Pennsylvania Department of Transportation and the Pennsylvania Turnpike Commission. Other agencies that have demonstrated a commitment to archaeological compliance include the Federal Energy Regulatory Commission and the Nuclear Regulatory Commission. Unfortunately, projects such as natural gas pipelines that are regulated by the Department of Environmental Protection and/or the United States Army Corps of Engineers have often not been successful in offering protection to archaeological resources. This occurs as a result of conflicting federal regulations: the Army Corps jurisdictional permit area is not consistent with the Area of Potential Effect defined by the Advisory Council on Historic Preservation. As a result, only areas in the Army Corps permit area are being surveyed, but this is often not the part of the project area with the highest potential to contain archaeological sites. Thus, many sites are largely unprotected. Similar situations often occur with housing and industrial development projects, or other projects involving significant earth disturbance. Even when sensitive archaeological areas or known sites are present, regulators are powerless to address them due to restrictions in their own regulations.

Located just east of the City of York, Camp Security is the last remaining prisoner-of-war camp from the Revolutionary War. One of only a handful to ever be established, Camp Security housed over 1,500 British and Canadian prisoners of war and their families between the summer of 1781 and the end of the war in spring of 1783. It was the last prison camp established to house the Convention prisoners captured at the Battle of Saratoga in 1777.

The entire site was returned to agricultural use after the war, and about 170 acres of the original 270-acre tract currently remain in agricultural use or open space. A small archaeological investigation in 1979 yielded between 10,000-15,000 artifacts, which are now housed at the State Museum of Pennsylvania. Most of the site remains undisturbed since the end of the war in 1783.

A coalition of history and conservation groups in Pennsylvania has been working to preserve this site for more than 10 years since a housing development was proposed on 50 acres of the site in 1999. Review, permitting and legal action has kept that development from moving forward. The site was listed on Preservation Pennsylvania’s Pennsylvania At Risk list in 2000 and the National Trust for Historic Preservation’s list of America’s 11 Most Endangered Historic Placesin 2005. In 2010, the other parcel of land (116 acres) was listed for sale, making most of the remaining Camp Security site available for preservation.