Here’s an interesting debate, one that we’ve discussed before when researching Independence Hall preservation.  This time, the debate is hitting a little closer to home. 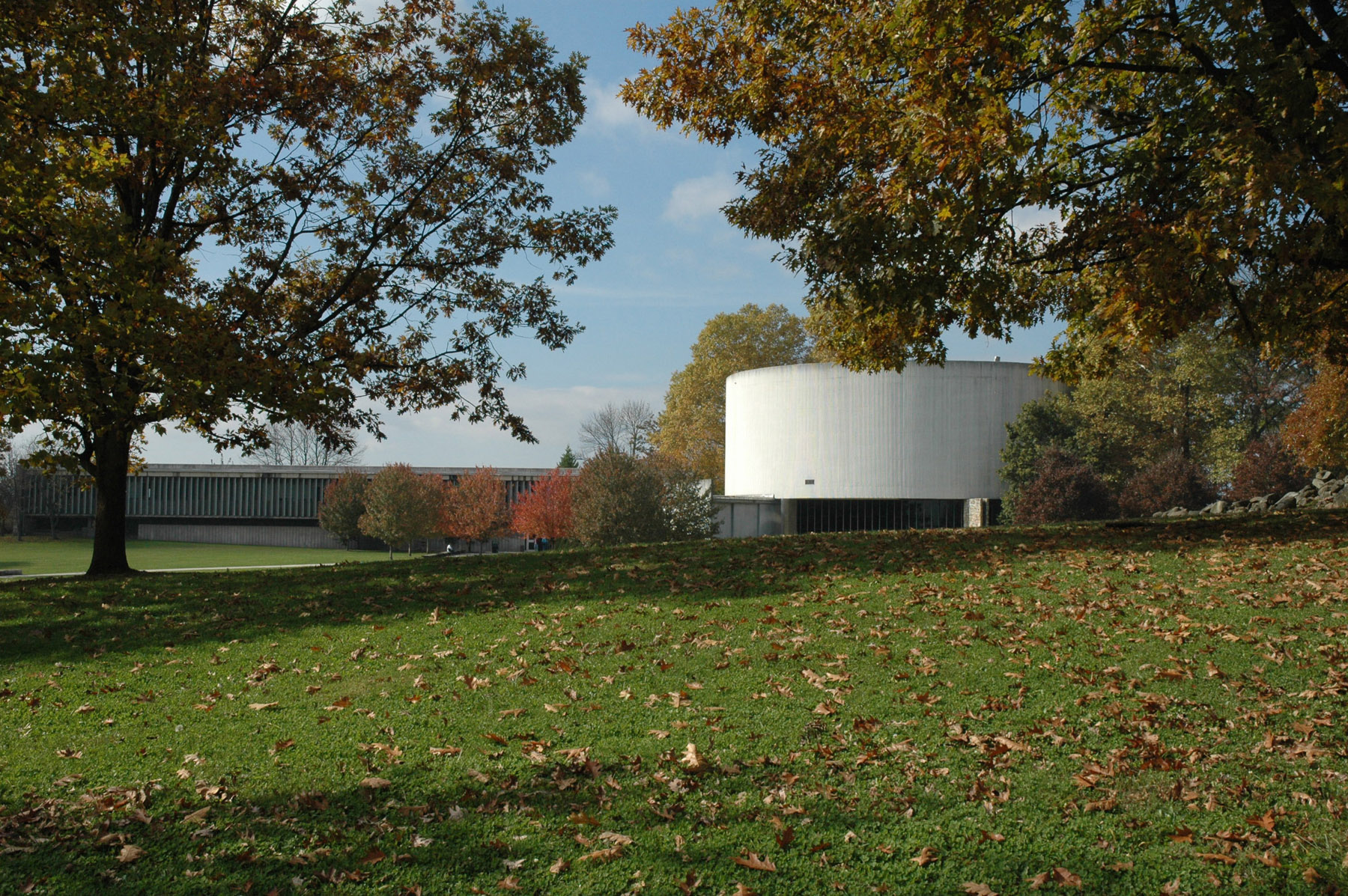 Public domain photo from Wikipedia’s article on the Cyclorama Building.

For those who aren’t familiar, the Gettysburg Cyclorama is a 360-degree painting by French artist Paul Philippoteaux that depicts hallmark moments and battles during the Civil War.  The first version of the painting was completed in 1883, but after being displayed in Chicago it was lost until 1965.  This version was purchased by a group of private investors from North Carolina.

The second version of Philippoteaux’s famous work has had a much safer journey through time.  It spent most of its life safely on display at the Gettysburg National Military Park, where the Cyclorama Building was built in 1962 specifically to house the painting by the National Park Service (NPS) as part of their Mission 66 Program aiming to encourage more visitors to National Park sites.

Until 2005, that is, when the painting was removed from the Cyclorama Building for restoration and repairs.  It was never returned.  NPS instead installed the painting at the Gettysburg Museum and Visitors Center and the Cyclorama Building has sat empty and abandoned ever since – despite the fact that it was identified in 1998 as a building with “exceptional historic and architectural significance” by the Keeper of the National Register of Historic Places (the official designated by the National Park Service who is responsible for listing historic properties on the register and determining their eligibility).

Despite those words by the Keeper, the building was not added to the Historic Register in 1998, a decision that has been highly contentious and waged a preservation war between Civil War purists and modern-architecture preservationists ever since.  (To read more about that war, you can spend some time reading the Cyclorama Page at the Mission 66 website, researched and composed by Christine Madrid French as part of her master’s thesis for the University of Virginia, School of Architecture, Department of Architectural History.)

Civil War purists say the building should come down in the interests of preserving an accurate picture of the Civil War at Gettysburg, while modern-architecture preservationists say its a building worthy of preservation for its own architectural and historic significance.

Their war reached a peak in 1999 when NPS decided to tear down the building, prompting the modern-architecture preservationists to take the issue to court yet again.  That particular battle culminated with a victory in 2010 for those trying to preserve the Cyclorama Building when a U.S. District court judge ruled that the NPS “had failed to comply with federal law requiring it to analyze the effect of the Cyclorama Center demolition and come up with alternatives to destroying it”.

Having now lasted three times longer than the Civil War itself, the war may finally be ending.  A court-ordered study instigated by the 2010 ruling found that demolition of the building is the best course of action for the NPS, as was reported in an Associated Press article on the Lancaster-based news station WGAL’s website just today.  You can read the short article here.

This is another preservation war that yet again begs the debate: do we preserve our architecture and its surrounding landscape as it was originally or do we include later preservation efforts and diversity in development around those buildings as evidence of the evolution of our built history?

I don’t have the answers to those questions, do you?

Comment below and let me know where you stand on this particular debate.