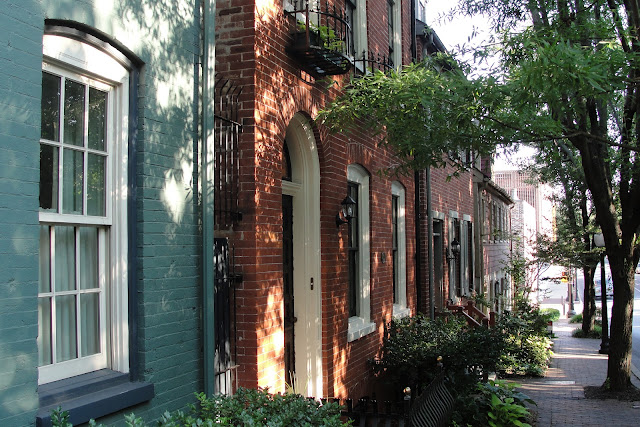 On Saturday, June 30, Pennsylvania became the 30th state in the country to have a state historic tax credit when Governor Tom Corbett signed the FY 2013 Commonwealth Budget and established the Historic Preservation Incentive Act. (Click on the link to read an overview of the act.) This tax credit will be a companion to the very successful federal tax credit program.
Preservation Pennsylvania thanks the General Assembly for the establishment of this program that will offer a 25% state tax credit for the rehabilitation of qualified income-producing buildings that are also using the federal tax credit. By leveraging the existing 20% federal tax credit with an additional 25% state credit, the program will help lure investment into Pennsylvania. Data show that states with state credits tend to have an advantage over states that do not have tax credits in attracting investment in historic rehabilitation.
“We are thrilled with the passage of this legislation,” said Mindy Crawford, Executive Director of Preservation Pennsylvania. “This program is not just about historic preservation – it is about local jobs, economic development, neighborhood revitalization and vibrant strong communities. Pennsylvania has historically been one of the strongest users of the federal tax credit and the creation of a state tax credit will result in more projects that return abandoned buildings to useful life and place them back on the tax rolls.”
Credit for moving this effort forward goes to Senator Lloyd Smucker, R-Lancaster, who introduced the legislation and continued championing for it throughout budget negotiations. Representative Robert Freeman, D-Northampton, who advocated for this legislation in the House and helped move it to the finish line. In the end, this program was established as part of the Commonwealth Budget in the Tax Reform Code.
Efforts to establish this credit in Pennsylvania began in 1996 under the leadership of former State Representative Tom Tangretti, D-Westmoreland, who worked for the passage of this program until his retirement in 2008. Many groups and individuals worked to advocate for the passage of this program during the last 16 years. We thank each and every one of you for your efforts.
What’s Next? The Pennsylvania Historical and Museum Commission and the Department of Economic and Community Development will develop the program guidelines. The credit goes into effect July 1, 2012 but the first tax credits will not be issued until after July 1, 2013. Just like the federal program, this credit is issued after the project is completed. To start, the program is limited to $3 million annually with an individual project cap of $500,000. Please check the Preservation Pennsylvania website for the latest information.